A shake effect is a visual indicator that shows a window or component shaking when we type a wrong login information, such as a wrong password, username, etc.

In this tutorial, I’ll show you how how to create this effect using AppyBuilder by using the TextUtils extension which comes included in every AppyBuilder project.

This is how it looks when finished (You can make any component shake, by just changing the component ID in the procedure parameter).

This video shows the Shake-Effect in-action

Use AppyBuilder to start a new app 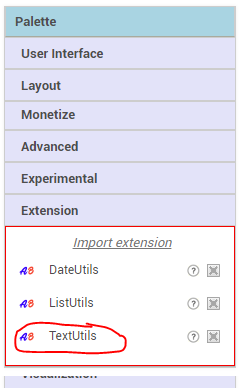 Next, add a clock, with properties shown below 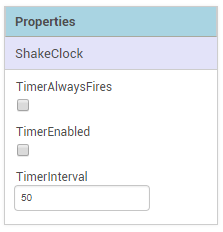 In the blocks editor, we create three variables as shown below:

Next, we create a procedure:

Next, from your components block, select the Clock that was added in design-editor and add blocks as shown block.  The image show blocks for the Timer event that once enabled will be triggered every 50 milliseconds until it is disabled:

Finally, we need to Call/Invoke the procedure to create the shake-effect; where: ShakeComponent: Is the ID of the component you want to shake (can be any component!), ShakeAngle: Is how much the component will rotate with each shake, and ShakeDuration is how many shakes you want the component to make before stopping.